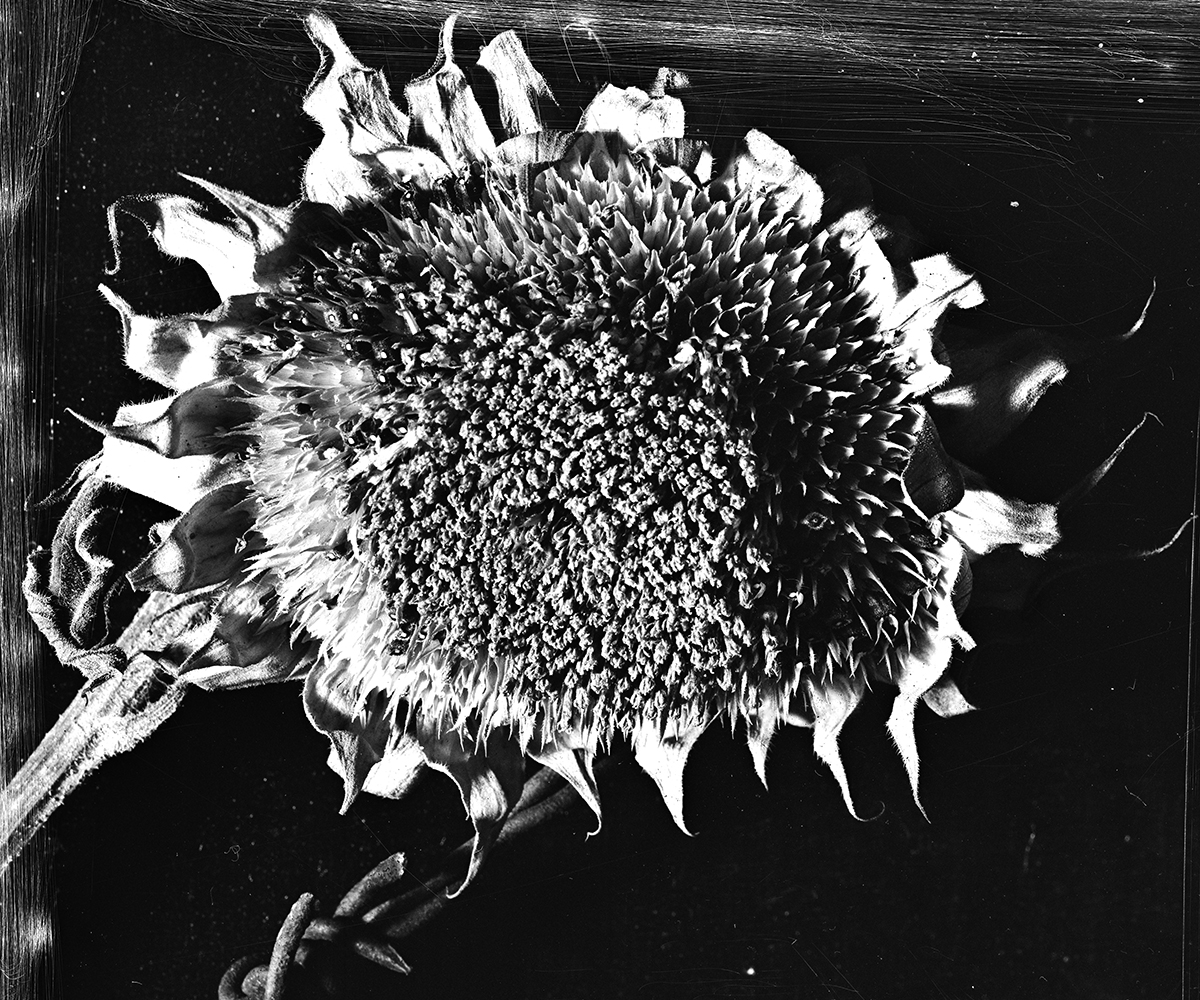 Scholarly language tends to shift the focus of everything onto itself, while poetry would like to understand the smallest details of things. Science achieves its purpose when it demonstrates the most profound fundamentals while art does the same when it evokes the absolute. Within such a context, photography, that can do nothing else but display, is art par excellence. Everything that photography has achieved through chemistry and optics becomes insignificant compared to its power to create an uncontaminated universe. Photography is absorption, reception, acceptance and refusal to link things with common places. It is the place of the “never again”. And in this, and in no other way, once and for all, what is will never happen again. A work of art is something made by man and that tries, however, to show itself as an object of nature. A technical work expands thought within our environment. For us, everything familiar and everything mysterious in a work of art exists in the same manner as a tree or a rock. The photographer is an emblematic artist who lets the universe express itself without giving up all the power of expressiveness. It’s important to have faith in artifices that make it possible to manipulate the original photographic image, with the positive conviction that the most photographic part of a photograph is also the most artistic. What remains is the fact that it’s useless to conceal what the various manipulations and schemes have given to the photograph. The freedom of art not to neglect what may be possible finds itself having to deal with this twofold constraint. Photography discovered such flexible and sensual resources that their exploration is the best part of its contemporary research. But these visual analyses acquire their reason for existing when they come between a new presence and the freshness of an apparition. When retinal beauties obligingly fit the analysis, they decompose and disappear. One recognises the vanity of the pedant explanations of the golden rule. And too many images are flooded by such excessive descriptions, like a crossing in a desert stream. In photography, registration and manipulation intermingle. But art and decoration are incompatible. The desire for harmony is common to both, just like rhythm, but they differ with regard to the more intimate and decisive part of forms: the tension that permeates the rhythm. Decoration is part of this world and is integrated with it; the work of art is constituted in a world apart. That’s why it’s independent, and derives its existence from its inner equilibrium. The limits of art and decoration have varied throughout history. In the early arts, art and decoration were not presented as they are today. Certain great artists (such as Matisse) took full advantage of their contiguousness. But their separation is permanent. They have a wonderful existence in physical space, but do not fit in the same aesthetic space. Each reality can be harmonious, but not all of reality is alive. Jazz provides us with a good example: regular, forceful and balanced rhythm is not sufficient - you also need “swing”. It’s this imperceptible difference that makes everything new again, come alive and reinvents the melody. Just like breathing and heartbeats allow us to live, they also remind us of our death. Man is free as long as he is mortal. And aesthetics is the centre of the human condition, because it is asked to recognise the different forms of tension that give life to the works, and not just their decorative harmonies. Tension that is manifested particularly in photography is the tension between matter and light. In fact, photography is the art where these two aspects of reality emerge no longer through imitation and pretence, but directly, through contact. Between the power of recording the smallest deviations, features and particles of matter, its lightest roughness, and the power of reflecting light, to enter its transparency, is where a fundamental tension is established from which the photographer-creator must never become separated. And here the most beautiful works are those that raise this tension a notch higher. On one hand, the intensity and the duration, the reality of things seen from a particular perspective, a reality closed on itself. “Opacity closed, for no reason, on itself” (Heidegger). Mass that is found in all the non-essential things of the matter’s surface and cracks, and that is also dense and impenetrable in each of its pieces, in each of its fragments. On the other hand, the impalpable vibration of light comes from the depths of the universe, suspending memory in the photographic vestige. All pieces of matter tend to migrate slowly toward each other. Their most profound penchant is to agglomerate. The photographer can choose them at the moment in which they solidify into a continuous bas-relief and he can also choose them when they swim, dispersed, like particles in the light. Light is rising and explosion, it hastens from a distant point, from the depths of the sky. It is of little consequence that it rebounds so often between times: it’s never late, it intensifies and disperses in its dilution, but always precipitates somewhere else. Photography’s tour de force is to channel it, to immobilise it in an instant. Matter wants to endure, light wants to save itself. Their encounter is the first subject of each photograph. The equilibrium to be sought each time is between an opaque and dense piece of matter, that light tends to dissolve through dilution, and a light of passage that spurts, gushes and rises into sight combined with matter. A hidden conflict, always with a bouncing “swing”, nurtures photographic quality. Other tensions, between shadow and light, between fulls, empties and fading in and out, do the same. But the conflict between matter and light is the nature of photography.